Often described as a city as old as time itself, Varanasi is India’s most ancient city. Considered to be one of the oldest continuously inhabited cities in the world, Varanasi is also known as Kashi and Benares. Down the ages it has played a pivotal role in Indian history and culture and has been the cradle of the country’s philosophy and music.
Hindus consider Varanasi, on the banks of the Ganga, as their holiest city. It gets its name from the rivers Varuna and Asi, tributaries that flow in to the Ganga in Varanasi. Also known as the ‘City of Light', legend has it that the city was founded by Lord Shiva himself. Devout Hindus consider frequent pilgrimages to Varanasi essential to attaining liberation or moksh and breathing their last in the city as tantamount to achieving it. The Buddha gave his first sermon, after attaining enlightenment, at Sarnath, close to the city. 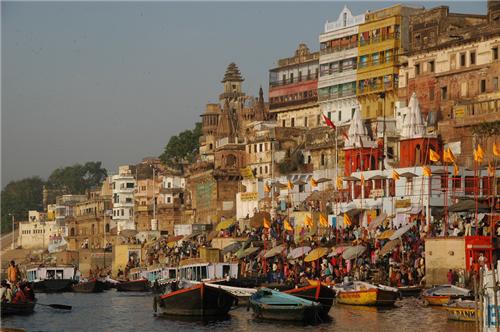 Varanasi has often been at the crossroads of history. The ancient road from Taxila to Pataliputra, connecting western and eastern India, passed through the city. Sher Shah Suri’s road connecting Peshawar to Kolkata also passed through it. Its fame also attracted numerous conquerors and invaders who despoiled it but never could extinguish the city’s spirit. So, it rose once again and continued to flourish.
Over the centuries, the city has been home to numerous philosophers, musicians, artists and poets including Tulsidas, Kabir, Munshi Premchand and Ustad Bismillah Khan who have left their imprint on the country at large. Famous shrines, historical monuments and institutions dot the city’s landscape giving visitors a glimpse into Varanasi’s hoary past.

A Brief History of Varanasi 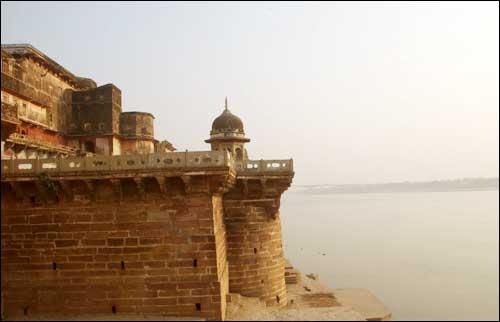 Varanasi is believed to have been founded in 11th or 12th century BC. It was the cradle of Indian civilization during the Vedic Age and has been mentioned in the Atharva Veda as the capital of the kingdom of Kashi. Its auspicious location and rich hinterland allowed it to prosper and become a centre of culture and commerce down the centuries. Foreign travellers such as Hiuen Tsang have testified to its eminence.
Buddhism was established when the Buddha gave his first sermon at Sarnath in 528 BC. The Jain tirthankara, Parshva, is also believed to have lived in Varanasi in 8th century BC. The city did not fare well under the Delhi Sultans when it was plundered many times. During the Bhakti movement, Varanasi became a key centre with such saints as Kabir and Ravidas. During Akbar’s reign, the city received his patronage with the building of Shiva and Vishnu temples.
Modern Varanasi was established during Rajput and Mahratta rule. It became a princely state during British rule. At this time many renowned institutions were established in the city including the Benares Hindu University, University, Kashi Vidyapeeth and Imania Arabic College. After Independence Varanasi became part of Uttar Pradesh.

Varanasi is situated in the heart of the Gangetic Plain in eastern Uttar Pradesh. It is 329 km from Lucknow and 797 km from New Delhi. The city lies on a crescent shaped curve of the Ganga river as it flows towards the Bay of Bengal. It is located in a fertile agricultural belt which grows many different types of crops and borders the districts of Chandauli and Mirzapur.

Varanasi experiences the hot summers and cold winters that is felt in most of North India. Temperatures can reach a high of 46°C in May and a low of 8° C in January. It rains from mid-June to mid-September with the average rainfall being 1,110 mm (44 in). 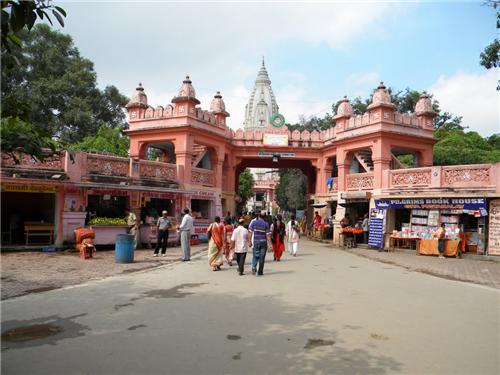 As one wanders the city’s busy lanes, layer upon layer of history reveals itself. Every monument has a tale to tell and every corner boasts of a monument. Its famous bathing ghats loom large as all roads seem to lead to them. All day long they are thronged with pilgrims, sight-seers and locals going about their business. The city’s spirit never fails to bubble up in the riot of colors and hustle and bustle all around. It is the quintessential Indian city where visitors can experience different facets of the country’s culture.
Major tourist attractions of Varanasi

Varanasi is an important silk weaving centre in India, famous for its Benarasi brocades. Hundreds of small workshops churn out colourful and intricate sarees, popular all over the country. In Varanasi, there are any number of shops on every street displaying sarees and other garments made of silk. Some of the best places to shop for silks in the city include Mehrotra Silk Factory, Sankatha Store, U.P. Cottage Emporium, Ganga Silks and Handloom House.
Visitors can also select from a range of other souvenirs and gift items including carvings, carpets, brassware, silver and gold jewellery. The city’s main shopping centres include Chowk, Thateri Bazaar, Dashashwamedh Ghat, Vishwannath Gali and Gol Ghar.

Varanasi’s spiritual and religious milieu gives centre stage to a variety of Hindu festivals which are celebrated with great fervor. These include Mahashivaratri, Chhath, Hanuman Jayanthi, Dusshera, Karthi Poornima and Nag Nathaiya. Cultural festivals include Ganga Mahotsav, a five-day music festival organized by the state government, and Dhrupad Mela which is devoted to the dhrupad style. Ramlila, during Dusshera, is celebrated grandly in Varanasi. It reenacts the battle between Ram and Ravan, symbolizing the age-old tussle between good and evil.

Those who love food will not be disappointed by Varanasi. The city offers a cornucopia of sweet and spicy delights that will satisfy any number of cravings. From palate tingling chaats to delightfully cool thandai and wholesome thalis, a meal can be obtained during any part of the day in Varanasi. Ubiquitous street food vendors make sampling the local delights particularly easy. No meal is complete without a Banarasi paan at the end. Locals and visitors head to places such as Keshri Chat Bandaar, Madhur Milan, Varuna, Chowk and Lotus Lounge.

How to Reach Varanasi 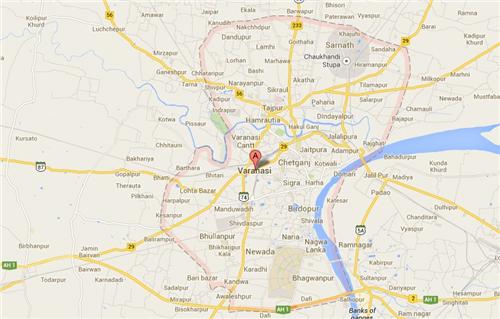 Varanasi is well connected by air, road and rail. Visitors can fly into the city from Lucknow, Delhi, Mumbai and Kolkatta. NH2 passes though the city connecting it to Delhi, Agra, Kolkatta and Kanpur. NH56 connects it to Lucknow. NH7 connects Varanasi to South India. Varanasi is a busy junction of Indian Railways, connecting the city to different parts of the country especially Delhi, Mumbai, Chennai, Ahmedabad, Lucknow, Kolkatta, Gwalior, Dehradun, Amritsar, Jammu, Patna, Pune and Ernakulam.